I love Asian Cinema! It can be the absurdity of early Martial Arts films such as The Man With The Cracked Fingers or the true Martial Arts classics like The Five Deadly Venoms or The Kid With The Golden Arm. But it’s the hard hitting of the Cop/Crook dramas that keep me at the edge of my seat. I purchased a film called Killzone on the word of my Brother from another Mike (more about him later👍) let me tell you I was blown away taken from my humdrum existence into a world where everything isn’t always what it seems and the lines between good and evil and revenge and justice aren’t so easy to figure out or stay within and when things get blurry in this world they get bloody and messy! The story centers around Inspector Chan( Simon Yam) a cop determined to bring crime boss Wong Po ( Sammo Hung) to justice after Po orphans a little girl by having her parents witnesses to one of his crimes killed on the way to court. The tension and hatred between these two opposite sides of the coin damn near melted my TV with the heat these two generated. Chan becomes the girl’s guardian and vows to care for her and bring her parents’ killer to justice. He soon finds he has terminal cancer which makes ever more relentless in putting Po away. The body of the movie takes place on his last day of duty before he is to retire and turn the reins of his task force over to Inspector Ma ( Donnie Yen). The task force’s determination to bring Wong Po to justice on their leader’s last day sets off a turn of events where loyalties to duty, justice are questioned and lines are crossed. Cops become criminals by embarking on criminal activities in the name of justice and the greater good but as in the majority of most movies such as this crossing the line comes with a high cost no one bargained for. The acting is top shelf and great all around. The action scenes brutal and bloody. Lots of blood,tears and good intentions make this film a definite jewel in my collection. You won’t be disappointed! Top of The Stacks👍

Tonight is the WWE’s 2nd biggest pay per view Summer Slam. Don’t get me wrong I’m a big wrestling fan still and I mark out big time whenever I see my favorites hit the ring but I’m not pressed to watch it tonight. I still have interest and am invested in certain wrestlers but the window of interest for me when it comes to WWE and the product they are putting out is slowly closing. WWE used to be for me like NBC’s old slogan “must see TV” back in the day I used to make sure to watch as much as I could whenever I wasn’t working or preoccupied with other aspects of life. Thinking back I lived for those Monday Night Raws or Friday Night Smackdowns I hated to miss either show I have such fond memories of both. I enjoyed being a fan then and WWE was a big part of my recreational time now not so much WWE hasn’t been a big part of my recreational life or favorite things to watch for quite awhile now. It slides further down the recreation priority line more each week. I grow closer to putting WWE in my rearview mirror it’s getting so bad that I’m so close to finally pulling the plug on the the WWE Network and take my time and dollars elsewhere. I’m about ready to play network executive and cancel WWE from my recreational network. I’m writing this in frustration at what was once one of my favorite pastimes turning so damn stale, boring and lackluster. I’m sick of the same ole same ole there are no storylines and no true payoff for the fans. I wrote this as a warning/love letter to WWE Wrestling that like the great Shawn Michaels once said “I’ve lost my smile.” 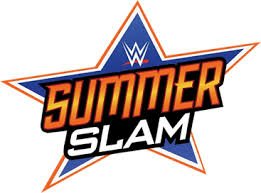